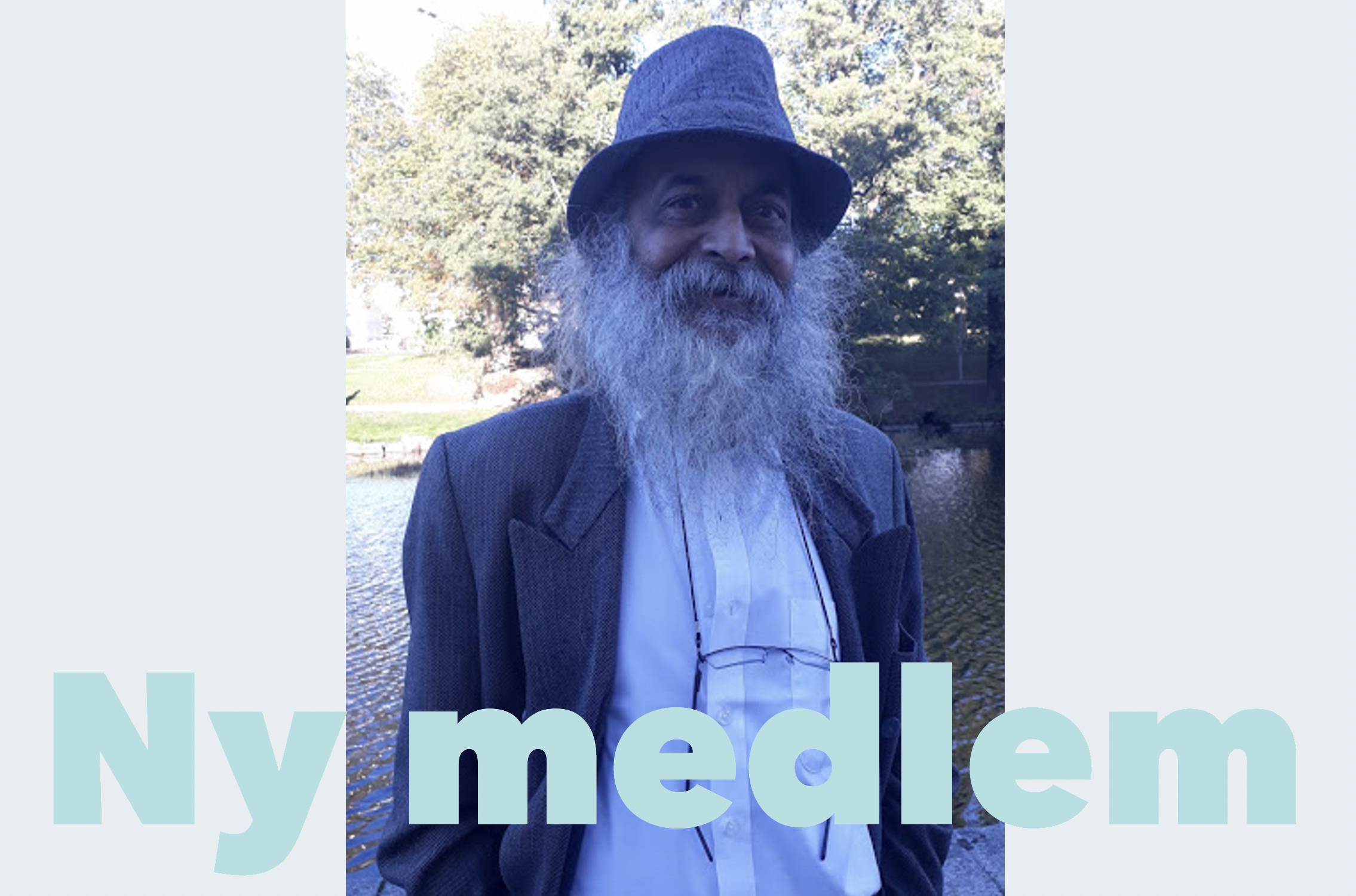 I höstas blev Abdullahel Mahmud ny medlem i Dramatikerförbundet. Abdullahel berättar bland annat om sina erfarenheter som dramatiker i Bangladesh och hur han upplever den svenska teaterscenen. Would you like to tell us about your path to become a playwright?

My theatrical journey started fully in 1976, when I was a student of Dhaka University.

In 1971, Bangladesh went through a nine-month bloody war imposed on the people and they were liberated from the colonial control and exploitation of Pakistan by the East Pakistani regime. This was the time to rebuild our country.

A few of us started a cultural organization, and undertook activities such as, publishing a cultural magazine, conducting sharing and learning sessions with youth groups, writing and producing plays and later performing those plays on streets and gradually in local stages. I was performing and organising all works at the back stages. These were amateur initiatives. I was in charge of the backstage tasks and in acting.

You worked for a long time with, among others, the Aranyak Theater Group in Bangladesh. What type of dramas / plays did you write there?

In 1979, I joined the National Theatre Group, called Aranyak Natya Dal. For me, drama writing was not a so-called art in need of art. It is my social commitment. No sooner I joined Aranyak I began organizing to help rural farmers create their plays that they could perform during the harvest festival. We call it the Liberated Theatre Movement. I composed my first play while working with them. The main theme of the play is to show how they are progressing with their theatre and how much they are facing obstacles in the newly liberated country.

Since a large number of groups of people were losing their land due to partly extreme poverty and lack of knowledge about legal systems, more and more share-croppers and farmhands were joining in village theatre. And they began telling stories.  This turned to tension among the land-grabbers. In the chaos of political system the poorer community got their voice through theatre and this was not liked by the power-mongers, who always took advantages of peoples lack of information, knowledge as well as of their belief in fate.

How has your writing developed from your start until now? Are there any differences in subjects or approach?

My early plays focused on the lives, struggles of small farmers and new growing landless and share-croppers. A few years later the face of the theatre troupes with the growing new rural elite was visible. Landless people faced problems from them. But by then they had become more aware and organized. Their agencies were even stronger then. At the same time, NGOs were contributing the rural economy. We have run theatres in cities. We have never removed our core values that we should focus on the social, political and cultural oppression of the people of our country.

The main consideration for me is the development of individuals within a collective growth that characterizes society and further enhances throw programs. Gradually new ideas joined the new thoughts. I applied to pronunciation my thoughts that contribute to a social process that promotes a culture that combines diversity in unity.

We have seen ‘the collective’ as our focus and creating space for individuals helps to influence social change in a much larger and more positive way, both collectively and individually. The basic values are to serve the world and aesthetics well together. These two ideas can often be conflicting. Because, real life and aesthetics need time to understand each other and call for a process where people can learn from aesthetics for theatre and join the process.

It is from this idea that we begin to promote theatre as a learning theme in educational persuasion. We run local youth club competitions nationally and regionally. I have travelled across the country to help local youth organize performances at the Slocal festivals that people usually celebrate.

Thus, religious or cultural or traditional theological festivals in villages or small towns began accepting theatre as part of its celebrations.

Our village theatre program was so confronted that we lost the way for landless people to move from one place to another. Also, in the absence of support from our state, the next version of market-oriented economic expansion has become more diverse in order to continue any financial support. All these years I have done it without political support. Which later became impossible.

Finally, what do you think Swedish theater needs more of?

Before I say anything about the difference between theatre in Sweden and Bangladesh, Swedish theatre has a strong economic base. From a Swedish point of view this may not be enough, but we continue with the pennies collected from our mothers and sisters, sometimes hurting the little jewellery that they have.

After a long movement in support of theatrical activism, the states created several levels. Also a few groups get a small fund to do a play once a year. Which is very little and only those who are connected with power get it.

It was impossible to make a living and continue with the theatre, and I did it in an impossible hurry, because the theatrical existence was mine.

Swedish theatre seems quite professional.  They do not live in the chaos we lived for several decades. Performers have alternatives to live as a social being and continue with their theatrical urges. There are Government supports and pensions etc. We cannot even think of such steady life. We wanted to get into a point where a theatre person can run his normal living and also work for theatre.  This we still could not make out.  Our theatre lives because our audience want it, pay the tickets, and activists do real hard work to make audiences enjoy good play.

I have occasionally written television and documentaries and tried to make a living. The theatre where I share my limited observations Swedish theatre is very formal and individualistic. It is also very much stage and technology based. It limits theatres and themes.

Thank you Abdullahel for taking the time to answer our questions. We are very happy to have you as a member in the Writers Guild of Sweden and look forward to hear and see more from you on our stages.